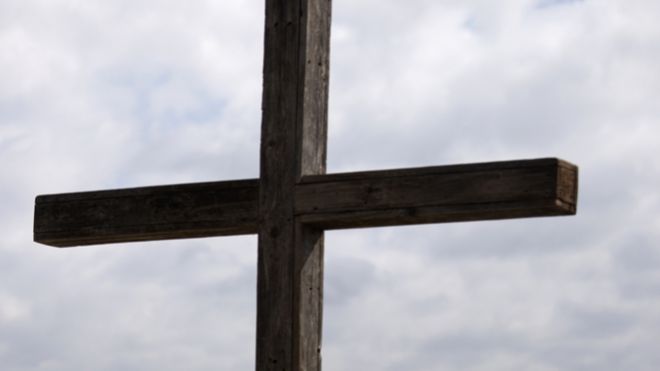 Have Christians lost the culture war?
The culture war may be lost and religious liberty might not be that far behind, according to a new survey from LifeWay Research, the research arm of the Southern Baptist Convention.

Seventy percent of senior pastors at Protestant churches say religious liberty is on the decline in the United States, and 59 percent of Christians believe they are losing the culture war. Eleven percent considers that war already lost.

The survey results are staggering – indicating grave concerns about the moral direction of the nation from both the pulpit and the pew.

Stetzer said it’s a big shift, “and it’s a shift I would not have guessed.”

Over the past few years, I’ve documented hundreds of instances of religious persecution in the United States. And the targets have been exclusively Christians.

The Internal Revenue Service targeted Christian ministries engaged in pro-life activities. The government demanded to know the content of one group’s prayers. A Wyoming church was ordered by government officials to turn over their membership roles. A Baptist newspaper in North Carolina was audited – as was America’s evangelist, Billy Graham.

The list of attacks on Christians goes on and on – from students ordered to stop praying in front of the Supreme Court to chaplains being told they could no longer pray in the name of Jesus.

In recent days, the battleground has pitted gay rights groups against Christian-owned businesses that cater to the wedding industry. Christian bakers, florists and photographers have been hauled into court and brought up on state discrimination charges for declining to participate in same-sex weddings.

And in every single instance, lower courts have ruled that gay rights trump religious rights.

“Half of Americans say that religious liberty is on the decline,” he said. “That’s a lot of people.”

Robert Jeffress, the pastor of First Baptist Church of Dallas, Texas, conceded that Christians are losing the culture war and they are losing ground every day.

“The primary reason Christians are losing the culture wars is that pastors are AWOL when it comes to informing and energizing their congregations,” Jeffress told me.

Unless Christians stand up and engage the political process, Jeffress said he fears there may come a day when religious liberty is extremely curtailed.

“A religious leader once said, ‘My successor will see the tax-exempt status removed from churches and his successor will go to jail,’” Jeffress said. “That is probably on the horizon.”

But there are some pockets of resistance – like the town of Greenwood in the Mississippi Delta.

Jim Phillips is the senior pastor of North Greenwood Baptist Church. He told me that Greenwood still has a “very high respect for the historical Judeo-Christian ethic.”

“Every one of my son’s community college football games around the state last season began with a prayer on the loudspeaker – in Jesus’ name,” he told me. “Will that eventually be challenged? I suspect so at some point.”

“Christians have slowly given away their impact on culture by becoming more and more worldly instead of confronting the culture to become more and more godly,” he said.

So who is to blame for the loss?

“Sadly, Christians have often wimped out and grown silent instead of being bolder for the Gospel,” he said. “Christians get subdued into thinking they’re not supposed to rise up.”

Jeffress agreed with that assessment and said the church must involve itself in the political process.

“There are 50 to 80 million evangelicals in America,” he said. “Only half are registered to vote and only half of those voted in the last election.”

Jeffress said it’s imperative for people of faith to engage the culture.

“Every time we go to the voting booth we are casting a vote for righteousness or unrighteousness,” he said.

Pastor Phillips also urged his fellow pastors to step up to the plate.

“My calling is to keep leading the charge,” he said. “As a local pastor, my goal is to keep encouraging my church to seek to raise the bar and not lower it when it comes to confronting culture.”

Stetzer said he hopes the survey will spark a “fruitful national conversation about religious liberty concerns.”

“The perception was that the culture war was once a winnable war,” Stetzer said. “But it’s switched from an offensive battle to a defensive battle.”

“We ought to do everything we can to push back against this encroachment on religious liberty and protect our right to spread the Gospel,” he said.

I write about this very issue in my new book, “God Less America,” which will be published in May.

But I’m reminded of a quote by President Ronald Reagan:

“If we ever forget that we are one nation under God, then we will be a nation gone under.”

A few years ago, a New York public school teacher was ordered to remove that quote from her classroom wall. She was told that it violated the U.S. Constitution.

I’m afraid we may be “gone under.”